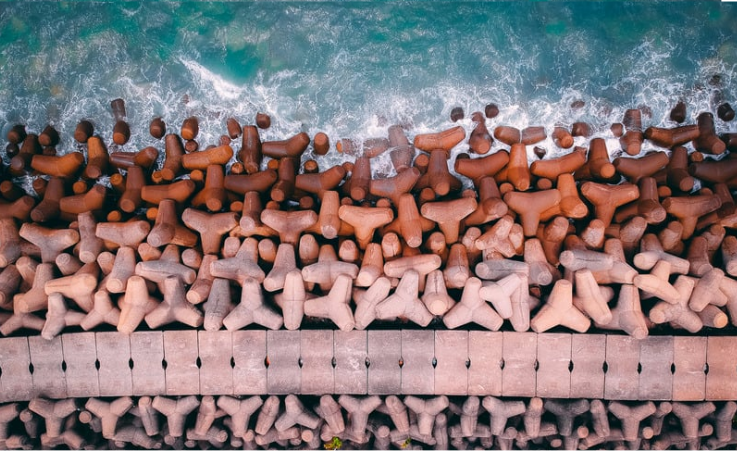 The climate shift: We can’t just ‘mitigate’, now is the time to adapt

In the fight against climate change, global efforts – and investment dollars – have focused almost exclusively on supporting mitigation. But as Amane Advisors Principal Vinod Jose explains, progress has not happened at the speed or scale required to stave off the effects of climate change – and investing in climate adaptation is both a necessity and the next big opportunity for corporates and investors alike.

When Al Gore’s ‘An Inconvenient Truth’ debuted more than 15 years ago, it moved climate science into the mainstream and signaled the start of climate tech’s journey toward becoming a sector in its own right. The film brought awareness to how rising levels of CO2 and other greenhouse gases (GHG) were leading to increasingly severe climate impacts – and focused global attention on the need to mitigate these increases in global temperatures.

Since then, governments, corporations, and communities across the world have recognized the need to act – adopting policies and incentivizing solutions aimed at tackling the problem of climate change. By and large, these efforts have had an almost singular focus on mitigation – specifically, taking measures to reduce emissions and enhance ‘sinks’ to store carbon.

The idea was that by stabilizing greenhouse gas levels early enough, we could stave off the worst impacts of climate change and transition to a greener, more sustainable future.

While efforts to decarbonize are critical and must continue, what’s become increasingly clear is that our efforts have proven too little, too late. In fact, despite up to 94% of global annual climate investment over the last decade going toward mitigation efforts, the global concentration of atmospheric CO2 has slightly accelerated (+0.1% CAGR).

The time to truly “mitigate” climate change has passed. 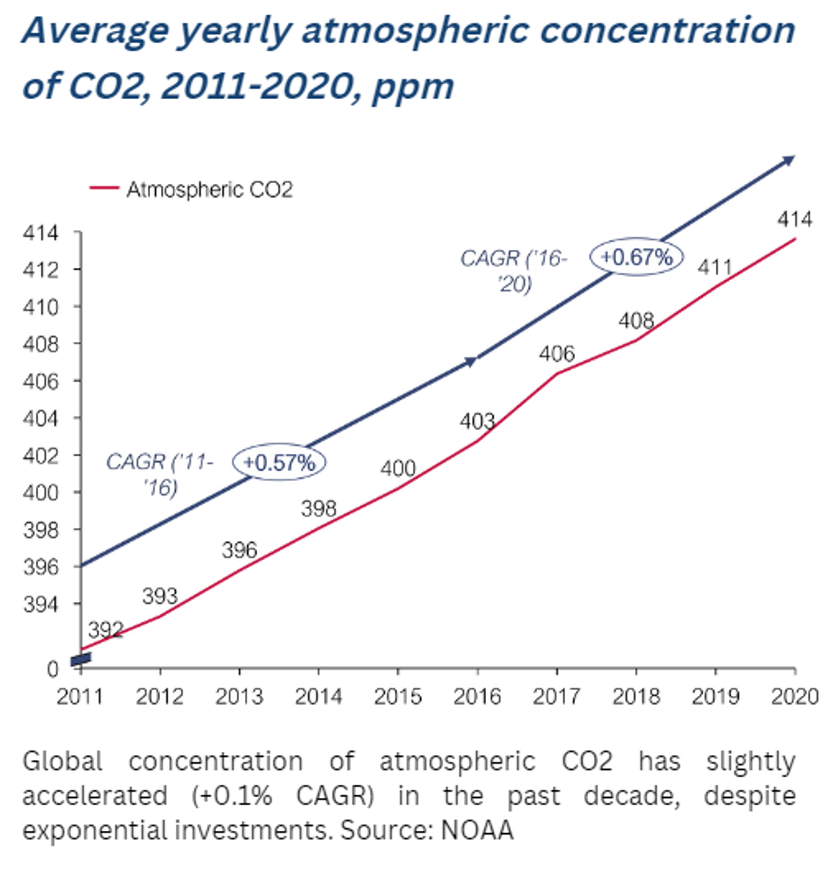 This new reality calls for a new perspective; namely that we cannot rely solely on mitigation. We must also accelerate and scale investments in climate adaptation so that we can adequately respond to and prepare for the consequences that are already unfolding.

Climate adaptation is the process of adjusting to the actual or expected climate to either lessen harm or capitalize on opportunities. While mitigation includes activities such as replacing fossil fuels with renewable energy sources and developing carbon capture utilization and storage solutions, examples of adaptation efforts include building sea walls to limit the impacts of flooding, reusing water to address scarcity and droughts, and using prescribed fires to prevent uncontrollable blazes.

Aside from the fact that climate change is already in the here and now, this funding gap is concerning for two main reasons. First, the UN estimates adaptation efforts could cost developing countries anywhere from US$160 to US$340 billion annually by 2030 – or as much as US$565 billion by 2050.

The second reason, however, is that there is actually a strong economic case for investing in climate adaptation. According to the World Resource Institute, every $1 invested in adaptation generates a return between $2 and $10.

In fact, climate adaptation investment has the potential to yield a ‘triple dividend’ – helping organizations and communities to avoid economic losses, realize positive gains, and deliver wider social and environmental benefits. For instance, estimates show spending $800 million on early weather warning systems in developing countries would avoid losses of up to $16 billion per year. 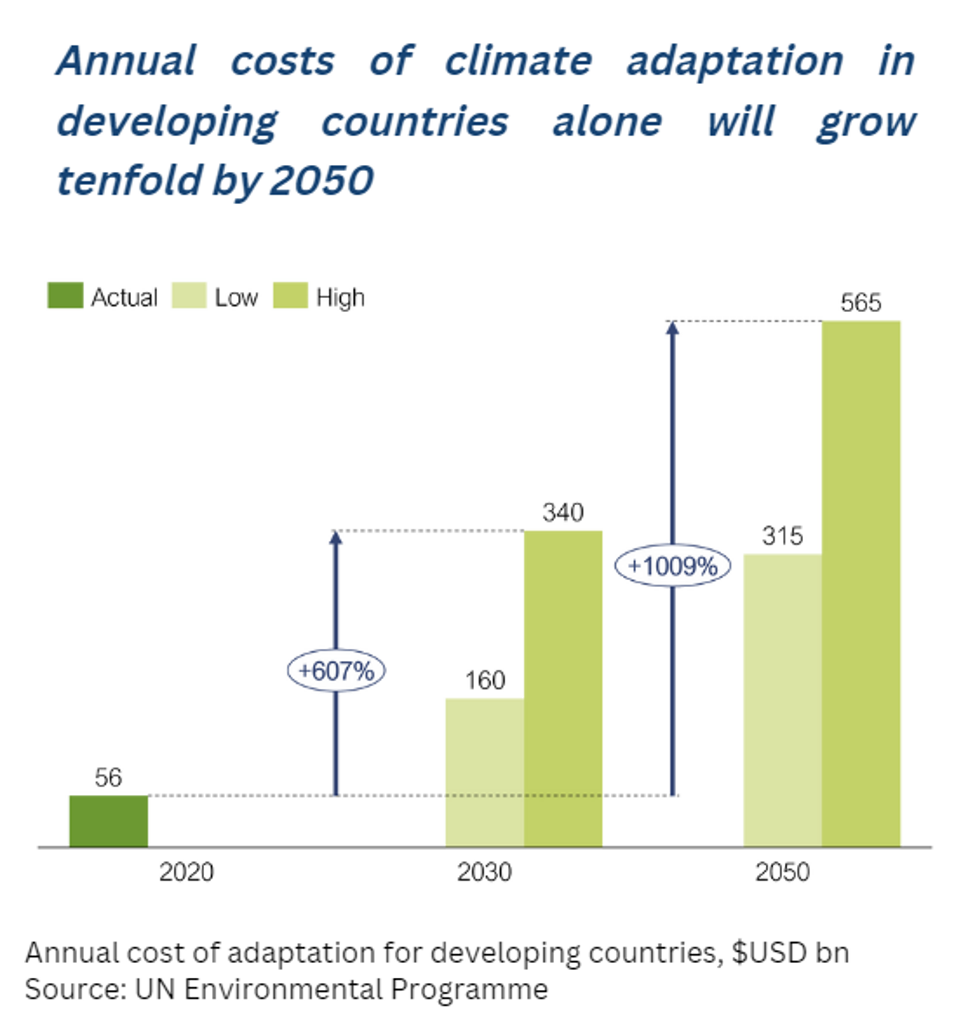 Meanwhile, investing $250–$500 per hectare in better dryland farming practices could increase cereal yields by 70% to 140%, and investing in the health of mangrove forests, which contribute up to $50 billion per year in non-market benefits to the fishing, forestry and recreation sectors would help support local jobs, food supplies, and tourism.

Water is the key to adaptation

While carbon is the primary focus of climate mitigation efforts, climate adaptation centers heavily on water. From sea level rise and historic flooding to droughts and fire – water, or the lack of it, is the clearest manifestation of climate change today.

Unfortunately, the traditional water sector is already facing several chronic challenges that necessitate additional funding and innovation – with population growth and rising demand increasing water stress. As it stands, 1.6 billion people will lack access to safe drinking water by 2030, and 2.8 billion will lack access to sanitation services. Climate change is only further exacerbating the causes and effects of these – and other – water challenges, making adaptation solutions all the more critical.

That’s part of the reason why water has been identified as the top priority sector for adaptation action by countries that are party to the UNFCCC (United Nations Framework Convention on Climate Change). It’s also the common denominator in the top five global risks identified by the 959 respondents to the World Economic Forum’s Global Risks Perception Survey.

Climate adaptation touches the entire water sector. The Amane Advisors team currently tracks a wide variety of response options and climate adaptation technologies (CAT), which the UNFCCC defines as hardware, software, and ‘orgware’ designed to reduce the vulnerability, or enhance the resilience, of a natural or human system to the impacts of climate change. 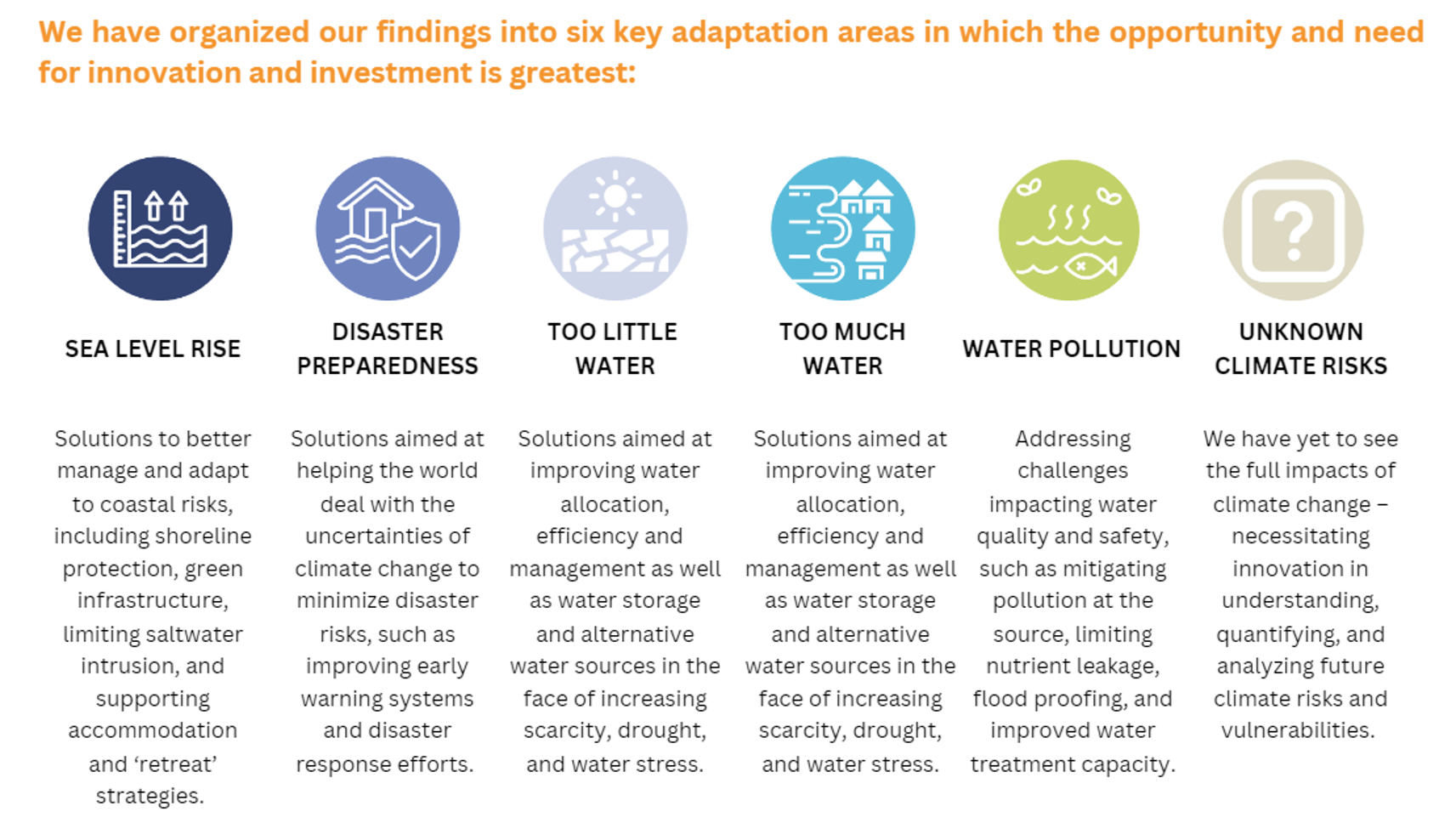 Climate adaptation is the future

The above list is just a snippet of the role of water in realizing climate adaptation but it’s clear there is an incredible opportunity for both traditional water players as well as investors and new entrants. In fact, I see a lot of reason for optimism. The reality is that we’re not starting from scratch; many of the solutions we will need most to adapt already exist in some form. By reimagining, repurposing, and scaling existing technologies for new applications and use cases, we can accelerate our ability to adapt to the more immediate impacts of climate change.

For traditional water sector players, exploring adaptation solutions will open up new market opportunities beyond their core focus today. It presents an opportunity to diversify and futureproof their business. For investors seeking to capitalize on the momentum and the

necessity of adaptation, the opportunity lies in de-risking their investments by better understanding the nuances of the increasingly complex – and critical – water market. And it’s an incredible time for startups who are bringing fresh ideas and expertise into the fold.

When a person or organization successfully adapts to a change, they grow. While there’s no doubt that climate change represents the biggest challenge of our time, it’s an equally significant opportunity for progress. By better understanding the challenges and changes ahead, the water sector can grow more resilient and become more effective stewards of the planet’s most critical resource. 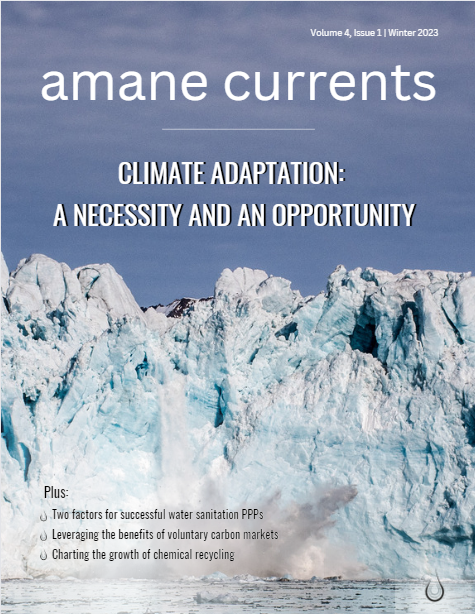 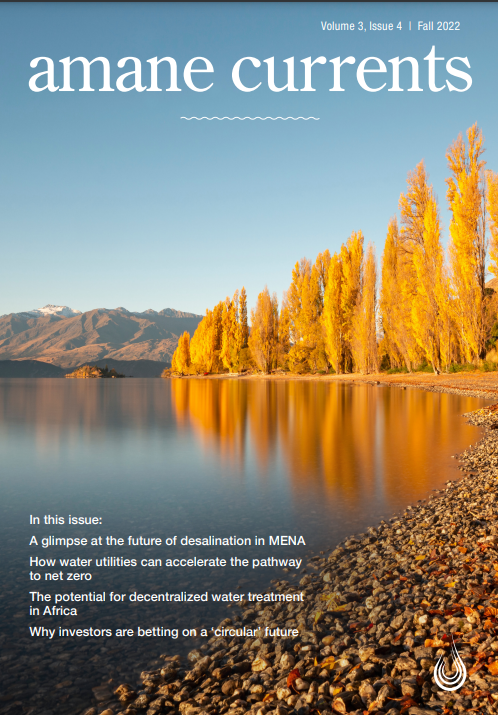 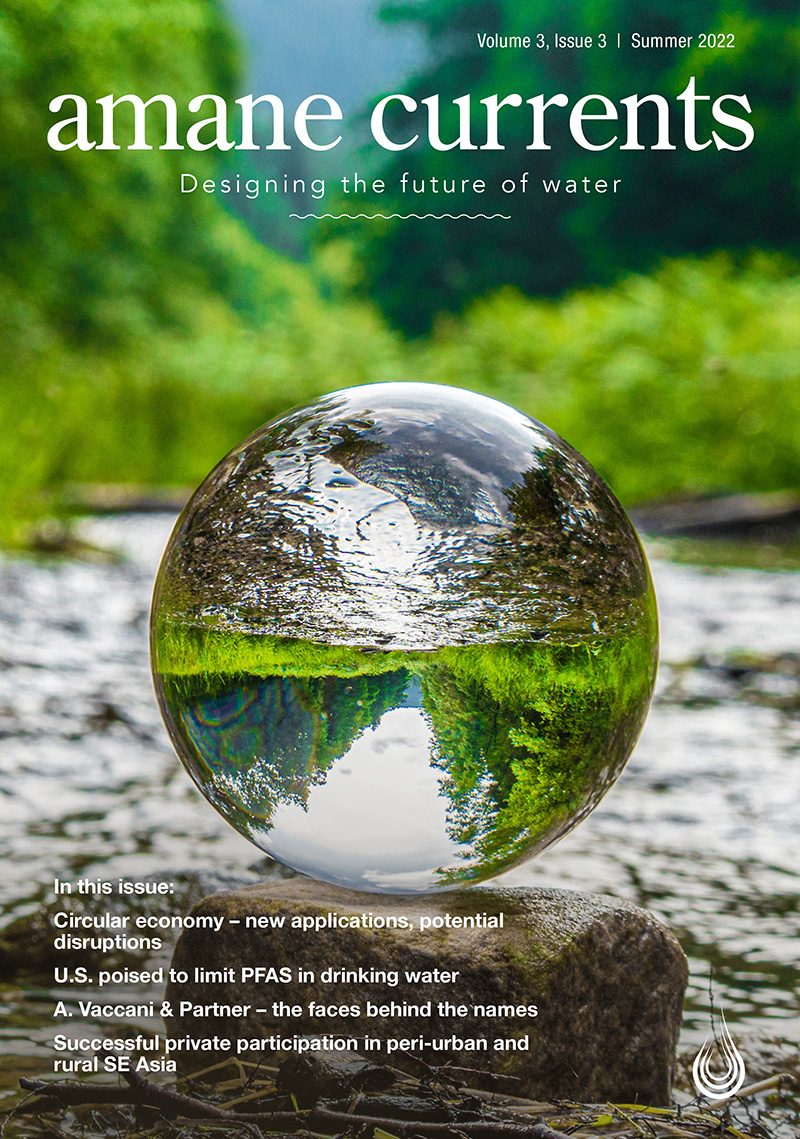 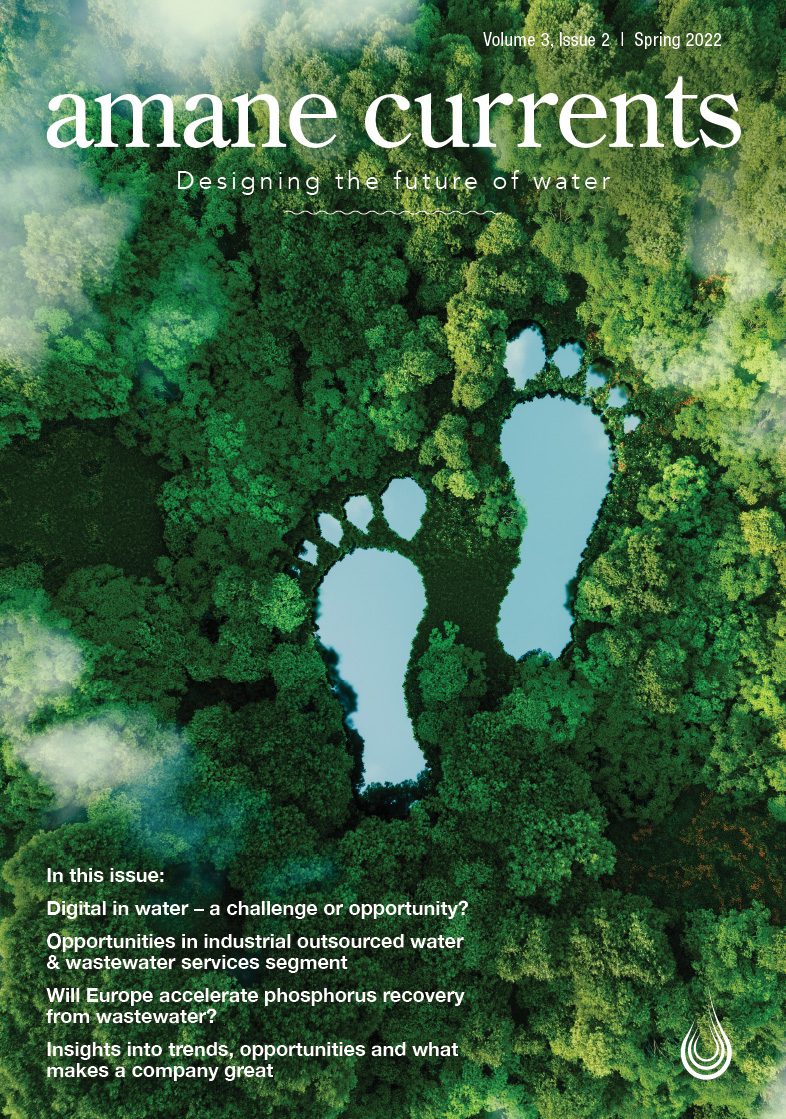